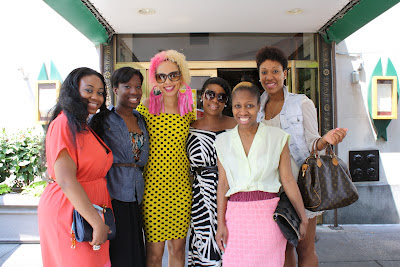 Over the weekend, theJasmineBrand.com and Vibe Vixen held a "Reader's Appreciation Brunch" at Washington, DC's Georgia Brown's. The purpose of the brunch was to honor and acknowledge the readers of both sites. Attendees were selected by entering a twitter contest, where they answered the question "What makes YOU a boss chick"? The twitter winners of the contest were:


Here's a clip of the "Reader's Appreciation Brunch":
http://www.youtube.com/watch?v=oFbi7Kd9g1Y