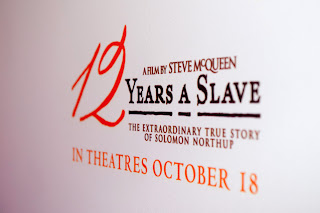 After the film was over, Roland Martin and Marcus Canty both took to the front of the theater to begin a discussion about the film. There definitely were many debates happening with individuals sharing their thoughts on the film, how it will open up new doors to slavery and proving that the film will definitely spark some heavy dialogue in the next coming weeks, months and most likely years.

'12 Years A Slave' will be released in Select cities FRIDAY, OCT 18th. Movie Trailer is below.